Emile Verhaeren was one of the most widely read poets of modern Belgium. Influenced at first by the French Parnassiens and Natura-lists, he ultimately developed a style and a philosophy of his own. He began work in the eighties. A large part of his writings are poems, but in his plays and short stories, clearly the work of a poet, he achieves effects of striking power.

One Night is translated by Keene Wallis, and appears in the vol-ume, Five Tales by Emile Verhaeren, Albert and Charles Boni, New York, 1924, by whose permission it is here used.

“ Till be back directly,” the best friend I have in the world called to JL me as he raced down the stairs of the great inn where we had just put up in the outskirts of a decayed city of old Spain.

I saw him disappear, then I heard his last “Be right back,” mingled with the sound of his retreating footsteps. Left alone, I went to the balcony and leaned over. Folk, haughty in their dirt and rags, strutted through the arcades. Indescribable beggars blocked the doorways. Dogs howled at the windows of convents or at the many crucifixes which gave the quarter the appearance of an abandoned graveyard.

Dusk increased the mystery of the streets. In the bloody sunset the houses seemed the habitations of ghosts. I could see into a window. I felt that a disquietude ran from chamber to chamber of that house, then the room, into which I was looking was filled with people of somber aspect who suddenly prostrated themselves before a great Christ hanging on the wall between flickering candles and votive wreaths, and seeming to run living blood.

Suddenly, at the end of a lane the first lamp twinkled into emerald light. I looked at my watch. An hour had passed since my friend’s departure. An overmastering anxiety rose within me. From the moment when I had first begun to look out over this ancient city, fear had been gradually inflaming my fancies. I imagined my friend meeting with a mishap, being robbed, murdered. I did not know in which direction he had gone, nor with what intent. 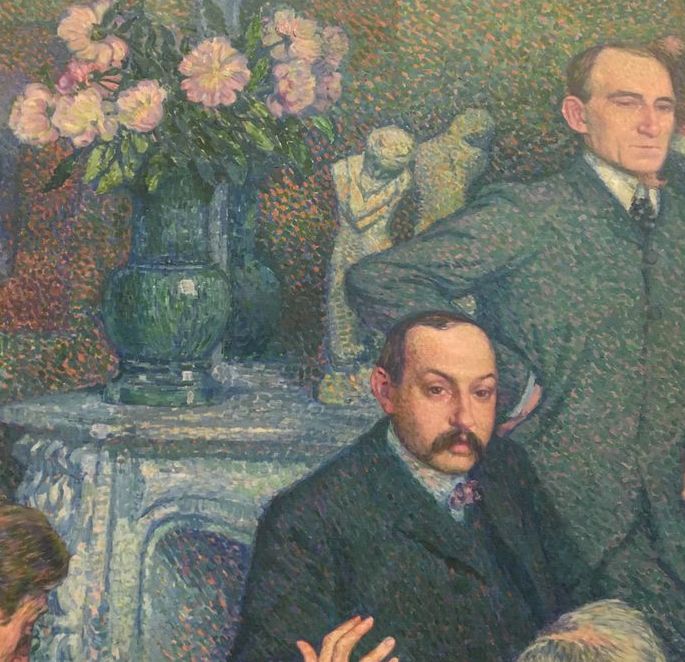 Anight-watchman loomed up in front of me. “I come,” I said, “to get you to seeabout a theft which has just been committed on my premises.”

Theman followed me, and the few words which he spoke dispelled my nightmare. Atthat moment I was not aware what a comedy I was playing.

Whenwe reached the threshold of my lodging I would have dared to go into my roomand hunt in every nook and corner, and go to sleep at last in completetranquillity. The watchman searched the sitting- room, the bath-room, lightinghis flashlight, and made the rounds of the whole suite. In order to give weightto my words—which lay very lightly upon me—I pretended that a jewel-case hadbeen lying on this taboret between the candlestick and the traveling bag, andthat the case had disappeared.

Withincreasing zeal I vented my indignation on the sharpers who lounge aroundhotels and prey on travelers, and inveighed against the authorities, who neverseem to be able to 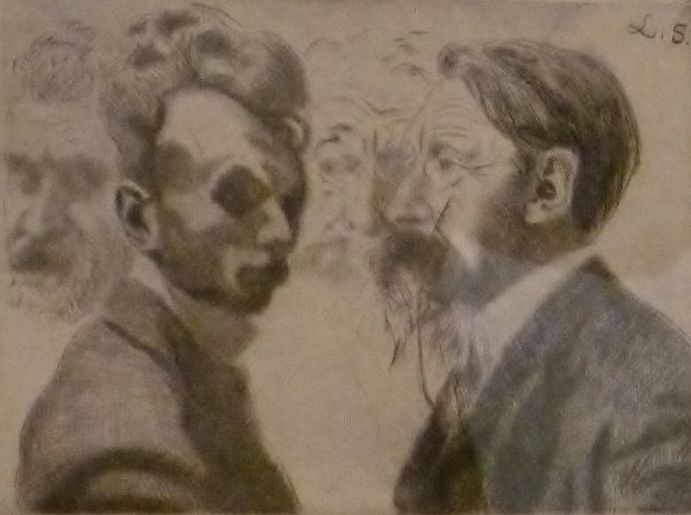 Suddenly I saw, right before my eyes, the inn where we were staying. Trembling, I put the key in the lock. What awaited me behind the door? My friend had so completely vanished from my thoughts that I did not even ask myself whether he might have returned yet.

I searched all the crannies of our suite, one after the other; looked under the armchairs, sofas, and beds with a lighted candle, opened and quickly closed the cubbies, locked the door and carefully rearranged the furniture, and was frightened by my very eagerness to allay my fear. I loaded my revolver. In my bedroom I took the most elaborate precautions. To what end?

Somebody stopped on my floor

I certainly did not mean to try to go to sleep. I began to read, my eyes glued to the pages, but my attention really occupied with what might be lurking behind the door, outside the window. I could hear the, steps of a fellow-lodger coming up the stair, moving to the rhythm of my anx 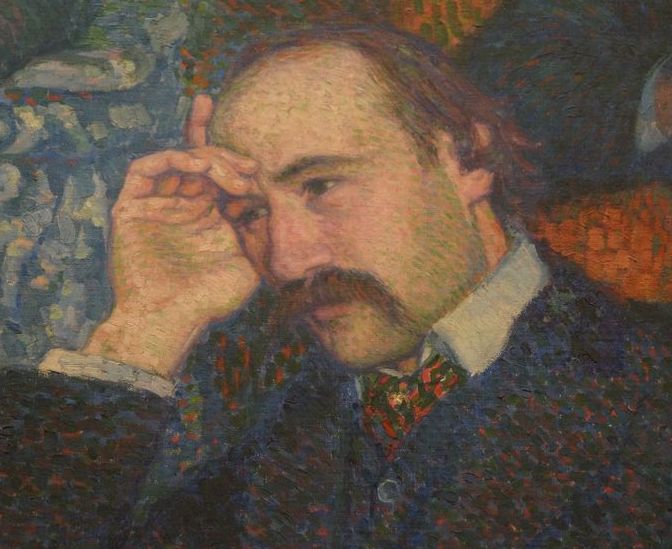 Thedarkness grew thicker and thicker. Unbroken chains of lights glowed along thethoroughfares. One belfry after another awoke and great bells began to peal.

Notfar from me a church with yawning doors was engulfing the multitude. Thedisappearance of the antlike creatures into this gigantic mouth assumed in myeyes a disquieting significance. Had not my poor companion been carried alongby the crowd and thrust willy-nilly into this depth of the unknown, out ofwhich arose a ponderous gnashing and crunching of bronze upon bell-metal?

Imust have uttered a cry, because an old man who some time since had stopped onthe other side of the street to look at me, and who seemed to be seeking anexcuse to address me, said something unintel-ligible and then went away,looking back reproachfully, enigmatically.

Iwas fairly twitching with anxiety. Our old-fashioned suite was many-cornered,crammed with little 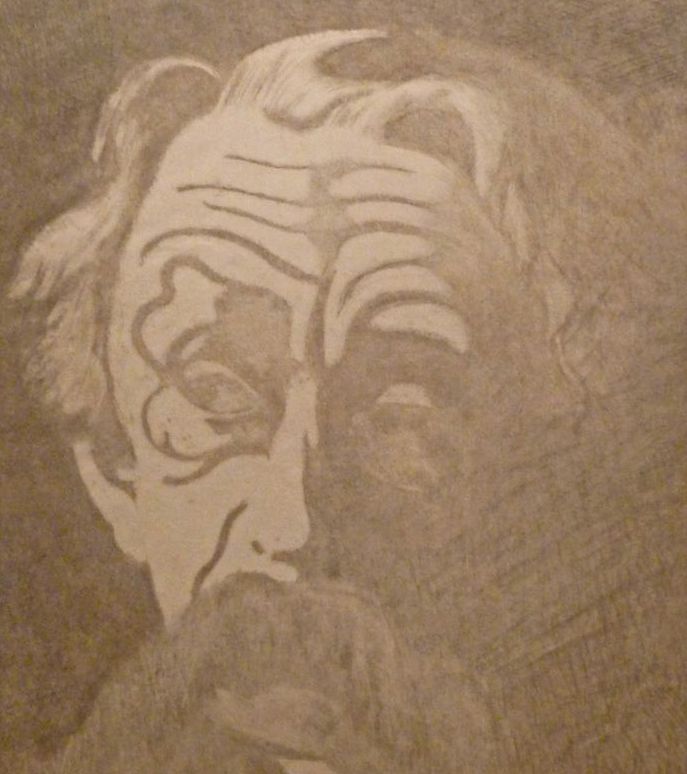 EmileVerhaeren was one of the most widely read poets of modern Belgium. Influencedat first by the French Parnassiens and Natura-lists, he ultimately developed astyle and a philosophy of his own. He began work in the eighties. A large partof his writings are poems, but in his plays and short stories, clearly the workof a poet, he achieves effects of striking power.

OneNight is translated by Keene Wallis, and appears in the vol-ume, Five Tales byEmile Verhaeren, Albert and Charles Boni, New York, 1924, by whose permissionit is here used.

“Till be back directly,” the best friend I have in the world called to JL me ashe raced down the stairs of the great inn where we had just put up in theoutskirts of a decayed city of old Spain.

Isaw him disappear, then I heard his last “Be right back,” mingled with thesound of his retreating footsteps. Left