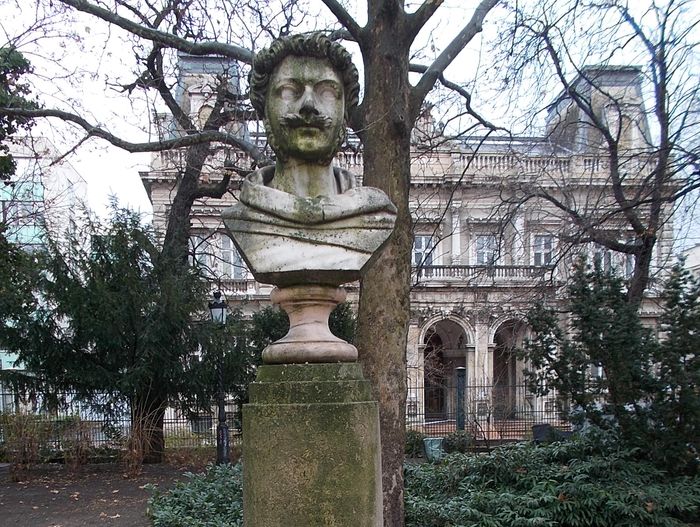 “I can`t say what it was that brought me to the belief that this was but pretense. Man is foolish enough to seek misery in the midst of his greatest happiness.

“She had a small sewing-table, the drawer of which she always kept locked. This began to torture me. I often noticed that she never left the key in the drawer and she never left it unlocked. What could she have to conceal so carefully? I became mad with jealousy. I did not believe her innocent eyes, her kisses and loving embraces. Perhaps all this was but cunning deceit?

“One day the Countess came to fetch her and managed to persuade her to spend the day at the Castle. I promised that I should follow later in the afternoon.

“The carriage had scarcely pulled out of the yard when I began trying to open the drawer of the sewing-table. One of the many keys I tried at last opened it. Rummaging among the many feminine effects under a folder of silk, I discovered a bundle of letters. One could recognize them at the first glance. They were, of course, love letters, tied together with a pink ribbon.

`I did not stop to consider that it was not honorable to commit such an indiscretion: looking for secrets of my wife`s girlhood days! Something urged me to go on; perhaps they belonged to a later period— lance she had borne my name? I untied the ribbon and read the letters One after the other.

“It was the most terrible hour of my life.

“They revealed the most unpardonable treachery ever committed against a man. They were written by one of my most intimate friends. And their tone. … They revealed the tenders intimacy and deepest passion. How he urged her to secrecy! What he said about stupid husbands ! How he advised her what to do to keep her husband in ignorance ! Every one of them had been written after our marriage. And I thought I was happy! I don`t want to describe my feelings. I drank my poison to the least drop. Then I folded the letters and returned them to hiding-place, locking the drawer again.

“I knew that if I did not go to the Castle she would return in the evening. That was precisely what happened. She sprang gaily out of I he carriage and rushed to meet me on the porch, kissing and embracing me with the utmost tenderness. I pretended that nothing was amiss.

Read More about The Story of Ming-Y part 5