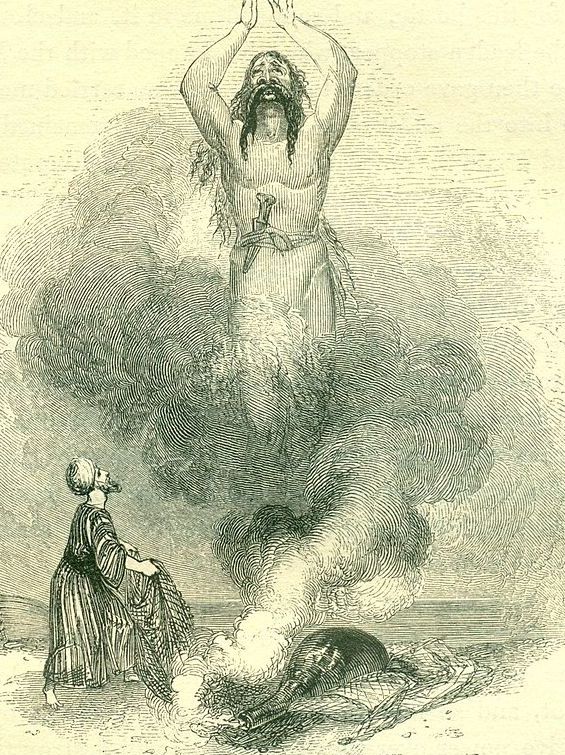 So a eunuch said to him, O my lord, this is not thy usual custom, O Prince of the Faithful. And he was perplexed at his case, and put his head into his bosom, and then began to open his eyes by little and little, laughing, and saying, What is this state in which I find myself? And he bit his finger; and when he found that the bite pained him, he cried, Ah! and was angry.

Then raising his head, he called one of the female slaves, who answered him, At thy service, O Prince of the Faithful! And he said to her, What is thy name? She answered, Cluster of Pearls. And he said, Knowest thou in what place I am, and who I am? Thou art the Prince of the Faithful, she answered, sitting in thy palace, upon the royal couch. He replied, I am perplexed at my case; my reason hath departed, and it seemeth that I am asleep: but what shall I say of my yesterday`s guest? I imagine nothing but that he is a devil, or an enchanter, who hath sported with my reason.

He therefore convinced himself

And Abou Hassan replied, Thou hast spoken truth. I put them not into my sleeve but in my fear lest they should be soiled. He therefore took them forth, and put them on his feet. And shortly after, the female slaves brought him a basin of gold and a ewer of silver, and poured the water upon his hands; and when he had performed the ablution, they spread for him a prayer carpet; and he prayed; but knew not how to do so.

He continued his inclinations and prostrations until he had performed twenty rekahs; meditating and saying within himself, By Allah, I am none other than the Prince of the Faithful, in truth; or else this is a dream, and all these things occur not in a dream. He therefore convinced himself, and determined in his mind that he was the Prince of the Faithful; and he pronounced the salutations, and finished his prayers. They then brought him a magnificent dress, and, looking at himself as he sat upon the couch, he retracted, and said, All this is an illusion, and a machination of the Genii.