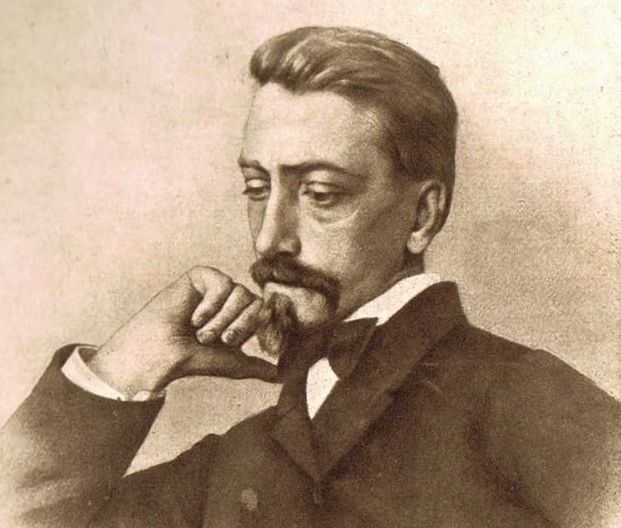 “I will gladly marry you, Saidjah, when you come back. I will spin and weave sarongs and slendangs, and be very diligent all the while.” “Oh, I believe you, Adinda, but—if I find you already married?” “Saidjah, you know very well I will marry nobody but you. My father promised me to your father.”

“I shall marry you, you may be sure of that.”

“When I come back, I will call from afar off.”

“Who will hear it, if we are stamping rice in the village?”

“That is true, but Adinda—oh, yes, this is better: wait for me in the wood, under the Ketapan, where you gave me the Melatti flowers.” “But, Saidjah, how am I to know when I am to go to the Ketapan?” Saidjah considered a moment and said: “Count the moons. I shall stay away three times twelve moons, not counting this moon. See, Adinda, at every new moon cut a notch in your rice block on the floor. When you have cut three times twelve lines, I will be under the Ketapan the next day. Do you promise to be there?”

“Yes, Saidjah. I will be there, under the Ketapan, near the djatis, when you come back.”

Thereupon Saidjah tore a piece off his much-worn blue turban and gave it to Adinda to keep as a pledge, and then left her and Badoer. He walked many days, passing through Rankas-Belong, not yet capital of Lebak, through Warong-Goonoong, the home of the Assistant Resident, and the next day he came to Pamarangand, which lies in a garden.

The day after, he came to Serang, and was astonished at the mag-nificence and size of the place, and the number of tiled stone houses. He had never before seen the like. He remained there a day, because he was tired, but in the coolness of the night he went his way, and the following day arrived at Tangerang.

There he bathed in the river and rested at the home of an acquaintance of his father’s who showed him how to make straw hats like those from Manila. He; remained a day in order to learn the art, because he thought he might be able to turn it to use later on, if by chance he should fail to find other work in Batavia.

The following day toward evening he thanked his host and departed. As soon as it was dark, and no one could see him, he took out the Melatti leaves Adinda had given him, for he was sad, thinking that he would not see her for so long.