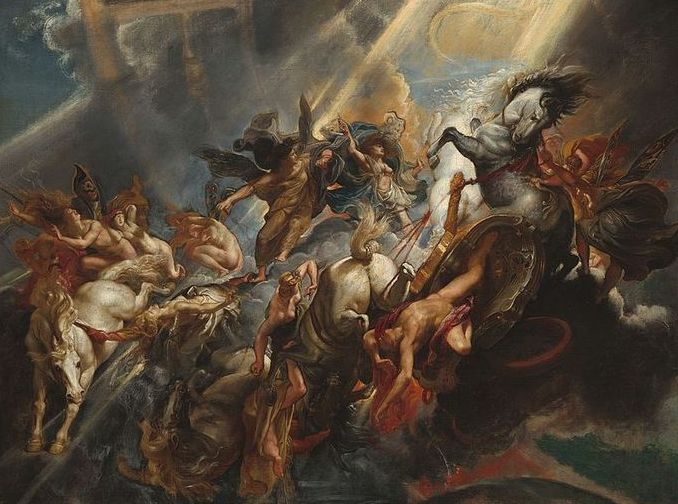 No, he had sublime visions in his mind’s eye. He looked for the Ketapan tree in the clouds when he was still far from Badoer. He caught at the air as if to embrace the form that was to meet him under the tree.

He pictured to himself the face of Adinda, her head, her shoulders, saw the heavy chignon, black and glossy, confined in a net, hanging down her back; her large eyes glistening in dark reflection, the nostrils raised so proudly as a child (was it possible?), when he had vexed her; and the corner of her lips, when she smiled; and finally, her breasts, now doubtless swelling under her shawl.

He could imagine her saying to him, “Welcome, Saidjah! I have thought of you as I was spinning and weaving and ‘ stamping the rice on the floor which shows three times twelve lines cut by my hand. And I am under the Ketapan the first day of the new moon. Welcome, Saidjah! I will be your wife.”

That was the music that resounded in his ears and prevented him from listening to all the news that was told him on the road.

At last he saw the Ketapan, or rather a large, dark spot with many stars above it. That must be the Djati wood, near the tree where he should again see Adinda next morning, after sunrise. He sought in the dark and felt many trunks, finding at last a rough spot on the south side of a tree, and thrust his finger into a hole which Si-Panteh had cut with his knife to exorcise the Evil Spirit that had caused his mother’s toothache, a short time before the birth of Panteh’s little brother. That was the Ketapan he sought.

Yes, this was indeed the spot where he had looked upon Adinda for the first time with a different eye. She had become different from his other comrades. There she had given him the leaves. He sat down at the foot of the tree and looked at the stars, and when he saw a shooting- si ur he took it as a welcome of his return to Badoer, and wondered whether Adinda were now asleep, whether she had correctly cut the number of moons on the wood? How terrible if she had missed a moon, as if thirty-six were not quite enough! Had she, he wondered, made him some nice sarongs and slendangs?